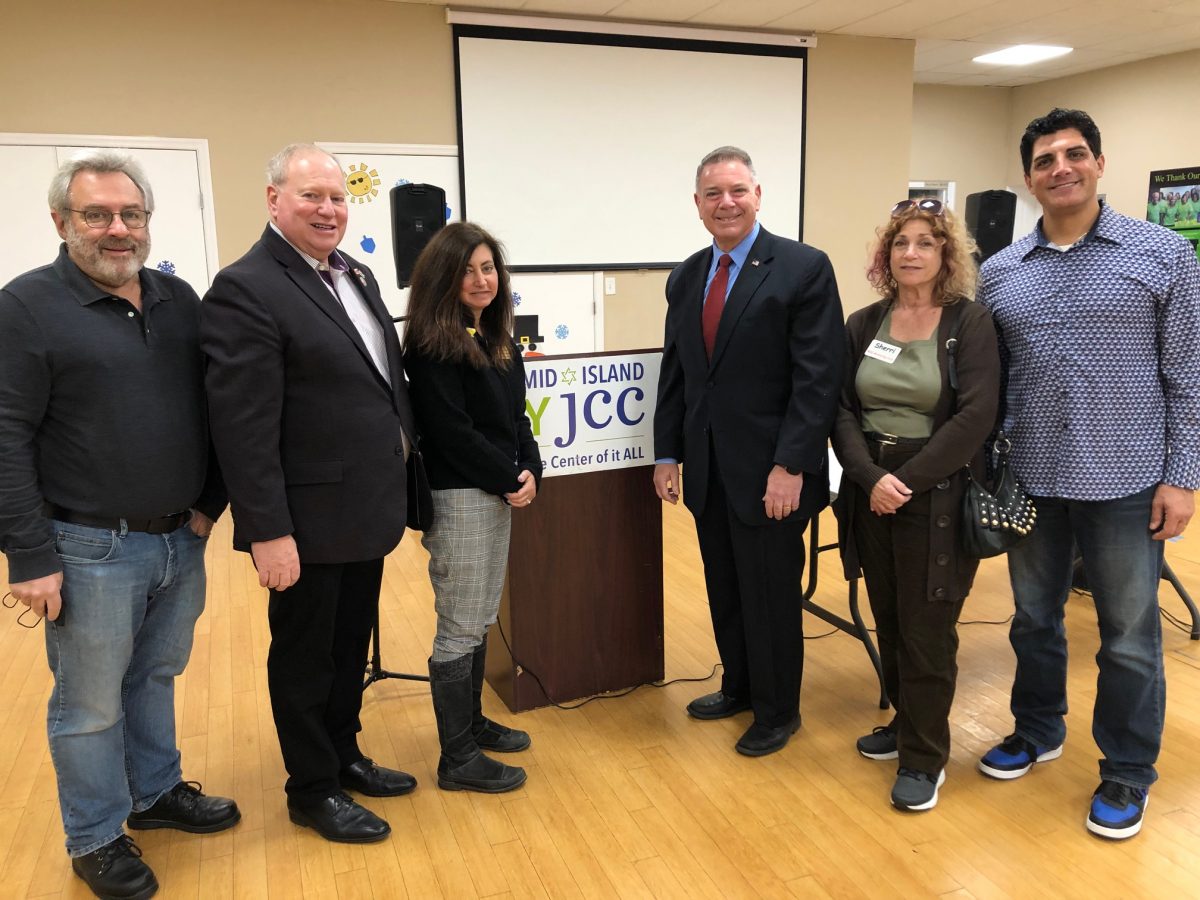 Chamber members who braved a cold December morning were warmed by friendly business banter and delicious Hanukkah latkes at the Mid-Island Y JCC, host of the December 21st membership meeting. Though only 17 in attendance, the room was truly full of good feelings as members and guests introduced themselves and added a personal “getting to know you” plus to the mix.

The positivity carried through when Incumbent State Senator Steven Rhoads, the featured speaker, was introduced by Nassau County Legislator Arnie Drucker. Legislator Drucker emphasized that he and Senator Elect Rhoads “choose public service over party,” and have enjoyed the exemplary and often rare experience of “working together to get things done.”  When the affable Rhoads took the floor, he acknowledged that he understands that small businesses are the “lifeblood of communities.” He respects the passion and dedication involved in running a business as his wife owns a successful retail store on Long Island. He encouraged chamber members to keep the dialogue going and let him know what he can could do help given his new role. The chamber thanks Mr. Rhoads for including them in his busy schedule.