CANCELED: In light of the current health crisis,

the POB Chamber’s March Membership meeting will not take place.

Join us for breakfast at the March 18th General Membership Meeting

Jon Ledecky, a majority owner of the New York Islanders,

will be the featured speaker! (Read his bio below)

Four Points by Sheraton, 7:30am 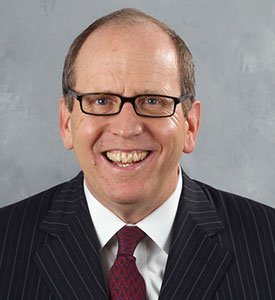 Jon Ledecky is co-owner of the New York Islanders in the National Hockey League.  He is currently a private equity investor who has been the co-founder or initial investor in companies that have raised over $20 billion in financing. Jon founded U.S. Office Products in 1994 and by 1997 the Company had become the fastest entrant ever in the history of the Fortune 500 with annualized sales of nearly $4 billion. U.S. Office Products owned Mail Boxes, Etc. (now the UPS Store) and several other brands that eventually became independent public and private companies. He has served on over a dozen public company boards during his career.

Jon Ledecky’s initial foray into professional sports ownership occurred in 1999 when with partner Ted Leonsis he bought the Washington Capitals of the National Hockey League and an interest in the Washington Wizards of the National Basketball Association. Jon later sold his partnership interest and started a foundation that dedicated itself to the education of inner-city children in Boston, New York and Washington.

Jon is an honors graduate of Harvard College and also graduated from Harvard Business School. Jon served on the National Commission on Entrepreneurship and at the U.S. Chamber of Commerce. He has also been honored as the Anti-Defamation League Man of the Year and was the International Franchise Association’s “Free Enterprise Award” winner.