Join us for networking, speakers and more!

(Read his bio below) 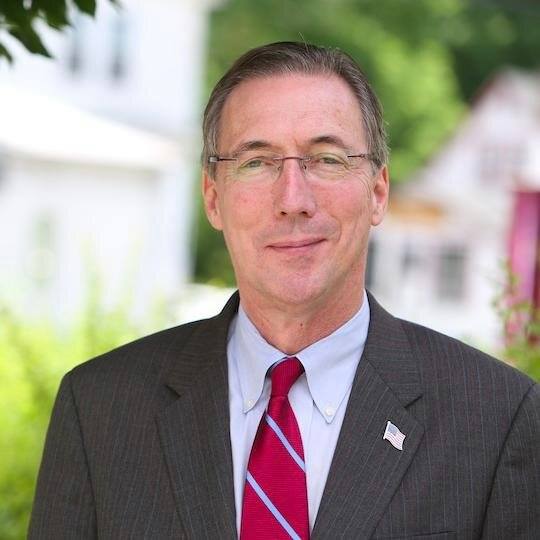 We hope to see you then!

Jim Gaughran is the State Senator for the 5th district, covering the North Shore of Long Island. A practicing attorney, he has decades of experiences as a public official serving the people of Long Island.

At the age of 26, Jim was elected to the Huntington Town Board in 1983, becoming the youngest Councilman in the history of his town. As a member of the Town Board, he wrote one of the State’s first ethics laws requiring local officials to disclose all sources of outside income and exposing any possible conflicts of interest.

In 1987, Jim was elected to the Suffolk County Legislature representing the 17th Legislative District in the Town of Huntington. As a legislator, he authored a Charter Amendment taking away the Legislature’s ability to amend the Capital Budget anytime they wanted for pet projects. This Amendment was received with overwhelming support by the voters in a public referendum, and helped reduce Suffolk’s debt for years after.

As Chair of the Public Safety Committee, he reformed the Suffolk County Police Department with new community-oriented police policies and he co-sponsored the Suffolk Water Protection Act, which led to preserving the Central Pine Barrens and other critical watershed areas in Suffolk County.

From 2008 until his election to the New York State Senate, Jim served as both Chair and member of the Suffolk County Water Authority. Jim implemented smart management practices which reduced the payroll by 6% in 4 years, resulting in the Authority having a high bond rating of AAA issued by Fitch and Standard and Poors.

In 1987, Jim married his wife, Carol, a Library Media Specialist. The Gaughran’s have a daughter, Kaitlin, a graduate of George Washington University and a son, Michael, a graduate of Whittier College.

Jim was raised in Dix Hills where he graduated from Half Hollow Hills High School. He has spent most of his life in Suffolk County and currently resides with his wife in Northport. He has a Juris Doctorate degree from Hofstra Law School and a Bachelors degree from SUNY Stony Brook.