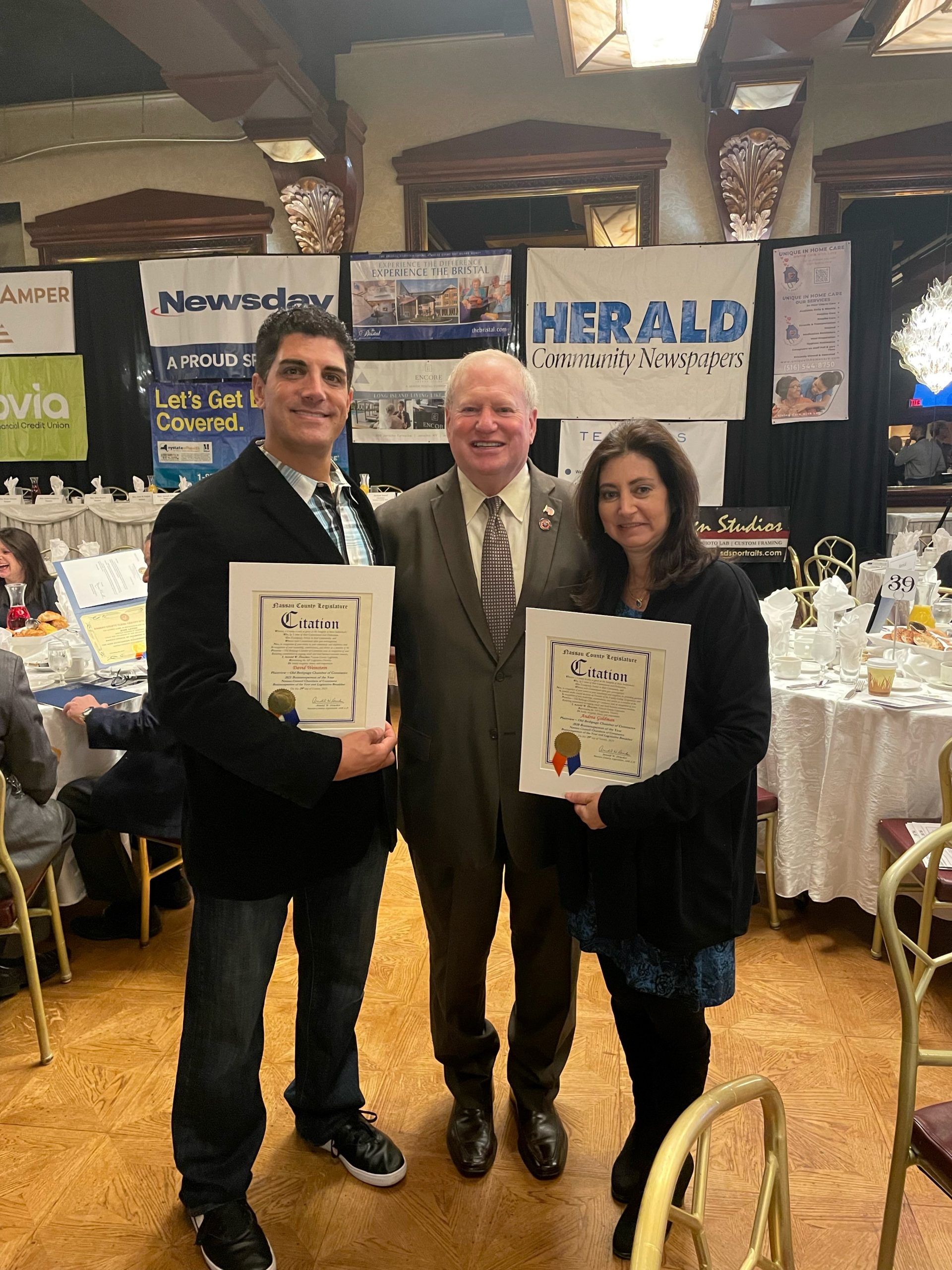 At the Nassau Council of Chambers of Commerce (NCCC) Legislative Breakfast on October 29th, the POB Chamber celebrated its 2021 Businessperson of the Year honoree: Chamber executive vice president David Weinstein, founder and CEO of Straight Forward Media. Canceled last year due to the pandemic, chamber board members and guests, including family members, were also able to properly congratulate the 2020 award recipient, Andrea Goldman, founder of the Family College Experience.

Over the past six years, in addition to being at the helm of his own advertising agency, David has dedicated his time to serving his community.  He holds a position on the Board of Trustees for his synagogue and offers his company’s services to various charities.

POBCOC President Andrew Lamkin: “David has been a leader of the chamber since he joined, offering his expertise on a wide variety of endeavors and is well deserving of this honor.”